As you may know, Microsoft have just made 5000 developers very happy with their Build conference giveaway – the mighty Samsung Series 7 tablet running the developer preview of Windows 8.

Reviews of this Hardware/Software combo are bound to appear thick and fast, so I’m going to spare you my initial thoughts, suffice to say that MicroSung™ have not disappointed.

Instead, this being CodeLync, I’m going to focus on building a Lync application on this thing. It’s pretty clear that one of the main focuses of this conference is going to be Metro style applications, so I’m going to attempt to build a Metro style UI to replace an aspect of the standard Lync client. 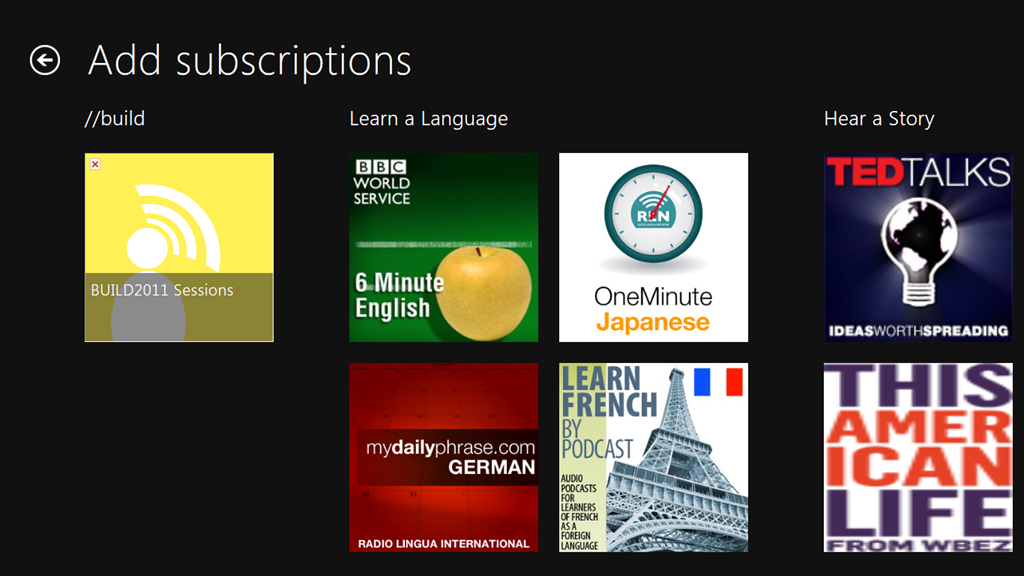 My endgame is a Metro style application that provides a small piece of Lync functionality. Hopefully something useful. Microsoft have been kind enough to provide us with a preview edition of Visual Studio 11, so all being well, the tablet will actually function as a usable development machine. But, first things first, I’m going to need to make sure the Lync client installs and runs – or this is going to be a very short series of posts.

Being a 64 bit machine, I’ve installed the 64 bit version of Lync client and all seems fine. I’ve tested presence, IM, audio/video calls, audio/video conferencing and desktop sharing, and it all works as you’d expect. In fact, performance is great – I ran a video call and desktop sharing at the same time, and CPU utilization hovered around 20-25%. 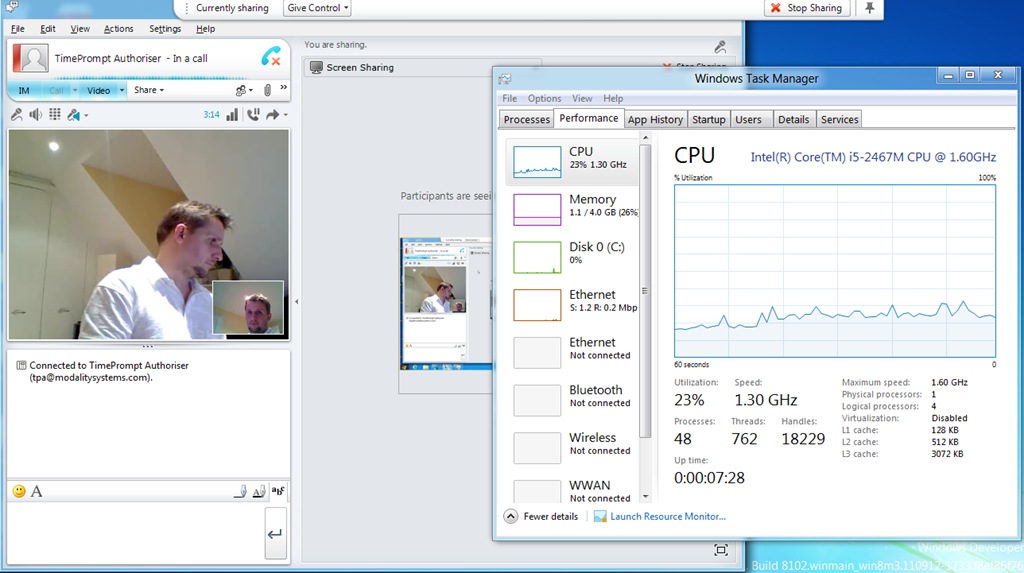 I’ve seen video alone max out the processor on other tablets, so this is very good news indeed, but perhaps not surprising given the spec:

Edit: Tom at Tom Talks has some more detail on the Lync/Win8 experience.

Next: Testing a custom Lync application on the Developer Preview tablet